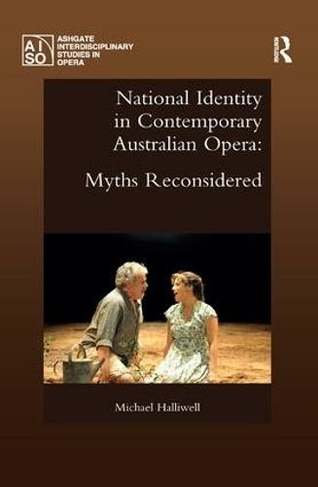 Opera has been performed in Australia for more than two hundred years, yet none of the operas written before the Second World War have become part of the repertoire. It is only in the late 1970s and early 1980s that there is evidence of the successful systematic production of indigenous opera. The premiere of Voss by Richard Meale and David Malouf in 1986 was a watershed in the staging and reception of new opera, and there has been a diverse series of new works staged in the last thirty years, not only by the national company, but also by thriving regional institutions. The emergence of a thriving operatic tradition in contemporary Australia is inextricably enmeshed in Australian cultural consciousness and issues of national identity. In this study of eighteen representative contemporary operas, Michael Halliwell elucidates the ways in which the operas reflect and engage with the issues facing contemporary Australians. Stylistically these eighteen operas vary greatly. The musical idiom is diverse, ranging from works in a modernist idiom such as The Ghost Wife, Whitsunday, Fly Away Peter, Black River and Bride of Fortune, to Voss, Batavia, Bliss, Lindy, Midnight Son, The Riders, The Summer of the Seventeenth Doll and The Children's Bach being works which straddle several musical styles. A number of operas draw strongly on musical theatre including The Eighth Wonder, Pecan Summer, The Rabbits and Cloudstreet, and Love in the Age of Therapy is couched in a predominantly jazz idiom. While some of them are overtly political, all, at least tangentially, deal with recent cultural politics in Australia and offer sharply differing perspectives. 19 Halftones, black and white; 19 Illustrations, black and white

Michael Halliwell studied music and literature at the University of the Witwatersrand in Johannesburg, and at the London Opera Centre, as well as with Tito Gobbi in Florence. He has sung over fifty major operatic roles in Europe, North America, South Africa and Australia and was principal baritone for many years with the Netherlands Opera, the Nurnberg Municipal Opera and the Hamburg State Opera. He has recorded settings of Kipling's Barrack-Room Ballads, Amy Woodforde-Finden's songs, Boer War songs, Austrailian WWI songs and Australian Shakespeare songs. His book Opera and the Novel was published in 2005. He is on the staff of the Sydney Conservatorium of Music.