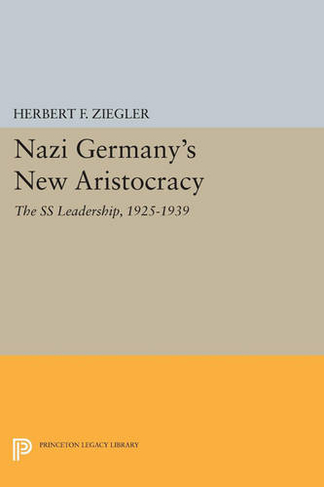 The first book-length presentation on the social origins of the prewar SS leadership, this volume offers a complete picture of the men who, between 1925 and 1939, joined the vanguard of National Socialism and rose to the rank of SS-Fuhrer. Herbert Ziegler reveals that the Black Order was composed of people from all walks of life. Young Gymnasium and university graduates rubbed elbows with former gardeners, mechanics, and office clerks, while "old fighters" of the pre-1933 Nazi movement climbed the ladder of SS ranks alongside those who did not find their enthusiasm for Hitler's new order until after the Nazi seizure of power. Within the confines of Heinrich Himmler's new knighthood was created a people's community in microcosm, furnishing many a recruit a vehicle for upward social mobility. Moving beyond earlier explanations of who provided the support for National Socialism, Ziegler describes practices within the SS that were akin to a democracy of personnel selection and that resulted, by 1939, in a leadership corps characterized by social heterogeneity rather than homogeneity. Taking advantage of the detailed information contained in the thousands of SS personnel files located at the Berlin Document Center, and using the tools of statistical analysis, he also probes the connections between social reality and the ideological credos and promises of the Third Reich. Originally published in 1990. The Princeton Legacy Library uses the latest print-on-demand technology to again make available previously out-of-print books from the distinguished backlist of Princeton University Press. These editions preserve the original texts of these important books while presenting them in durable paperback and hardcover editions. The goal of the Princeton Legacy Library is to vastly increase access to the rich scholarly heritage found in the thousands of books published by Princeton University Press since its founding in 1905.