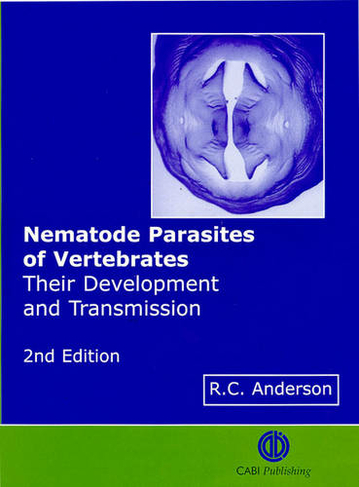 Nematode Parasites of Vertebrates: Their Development and Transmission (2nd edition)

This well illustrated book provides an historical and unified overview of a century and a half of research on the development, life cycles, transmission and evolution of the nematodes found in vertebrates throughout the world. This second, expanded edition includes relevant data from some 450 new references that have appeared from 1989 to 1999. The volume includes nematode parasites of humans, domestic animals and wildlife including fish. After an introductory chapter outlining general principles, the author systematically describes the biological characteristics of the 27 superfamilies of nematodes, followed by families, subfamilies, genera and species.