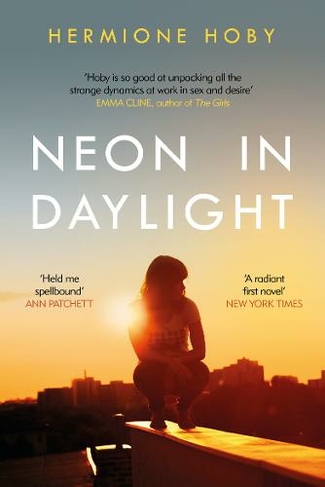 'What do you get when a writer of extreme intelligence, insight, style and beauty chronicles the lives of self-absorbed hedonists - The Great Gatsby, Bright Lights, Big City, and now Neon in Daylight. Hermione Hoby held me spellbound' Ann Patchett, author of COMMONWEALTH 'Hoby is so good at unpacking all the strange dynamics at work in sex and desire' Emma Cline, author of THE GIRLS 'The perfect book with which to while away those hot summer nights' Independent 'Expect Gatsby-esque hedonism and lyricism' Evening Standard 'You will be transfixed' The Pool 'Smart, shimmering ... glinting with pocketable images and insights ... A vibrant rush of a novel' Observer A New York summer so hot the air is turning yellow. Kate, a young woman newly arrived from London, is determined to become the kind of person who is up for it and down for it - and not remotely troubled over how those two semantically opposed phrases could have come to mean the same thing. In the sweltering city, she encounters Bill, a once-lauded now booze-sodden novelist, and Inez, his teenage daughter who makes extra cash catering to the sexual fantasies of men she has met online - and falls into a complex infatuation with them both.

Hermione Hoby grew up in south London. After working for the Observer, she moved to New York. She is a freelance journalist who writes for publications including the New Yorker, the Guardian, the New York Times, and the Times Literary Supplement. She has interviewed hundreds of actors, writers, pop stars and other cultural figures including Toni Morrison, Meryl Streep, Naomi Campbell, and Debbie Harry. NEON IN DAYLIGHT is her first novel.