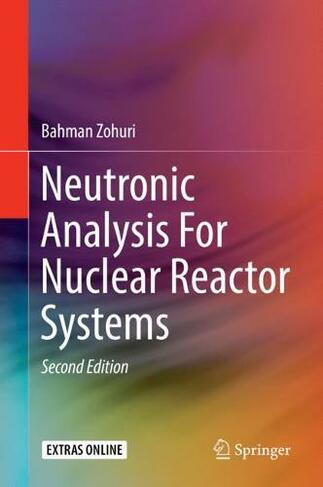 This expanded new edition develops the theory of nuclear reactors from the fundamentals of fission to the operating characteristics of modern reactors. The first half of the book emphasizes reactor criticality analysis and all of the fundamentals that go into modern calculations. Simplified one group diffusion theory models are presented and extended into sophisticated multi-group transport theory models. The second half of the book deals with the two main topics of interest related to operating reactors - reactor kinetics/dynamics, and in-core fuel management. Additional chapters have been added to expand and bring the material up-to-date and include the utilization of more computer codes. Code models and detailed data sets are provided along with example problems making this a useful text for students and researchers wishing to develop an understanding of nuclear power and its implementation in today's modern energy spectrum. Covers the fundamentals of neutronic analysis for nuclear reactor systems to help understand nuclear reactor theory; Describes the benefits, uses, safety features, and challenges related to implementation of Small Modular Reactors; Provides examples, data sets, and code to assist the reader in obtaining mastery over the subjects. 100 Tables, color; 110 Illustrations, color; 97 Illustrations, black and white; XXII, 663 p. 207 illus., 110 illus. in color.

Dr. Bahman Zohuri is founder of Galaxy Advanced Engineering, Inc. a consulting company that he formed upon leaving the semiconductor and defense industries after many years as a Senior Process Engineer for corporations including Westinghouse and Intel, and then as Senior Chief Scientist at Lockheed Missile and Aerospace Corporation. During his time with Westinghouse Electric Corporation, he performed thermal hydraulic analysis and natural circulation for Inherent Shutdown Heat Removal System (ISHRS) in the core of a Liquid Metal Fast Breeder Reactor (LMFBR). While at Lockheed, he was responsible for the study of vulnerability, survivability and component radiation and laser hardening for Defense Support Program (DSP), Boost Surveillance and Tracking Satellites (BSTS) and Space Surveillance and Tracking Satellites (SSTS). He also performed analysis of characteristics of laser beam and nuclear radiation interaction with materials, Transient Radiation Effects in Electronics (TREE), Electromagnetic Pulse (EMP), System Generated Electromagnetic Pulse (SGEMP), Single-Event Upset (SEU), Blast and, Thermo-mechanical, hardness assurance, maintenance, and device technology. His consultancy clients have included Sandia National Laboratories, and he holds patents in areas such as the design of diffusion furnaces, and Laser Activated Radioactive Decay. He is the author of several books on nuclear engineering heat transfer.