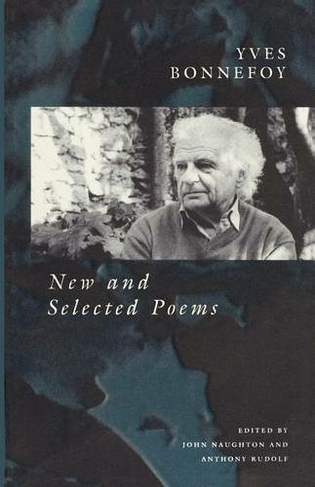 Yves Bonnefoy, celebrated translator and critic, is widely considered the most important and influential French poet since World War II. Named to the Colle ge de France in 1981 to fill the chair left vacant by the death of Roland Barthes, Bonnefoy was the first poet honored in this way since Paul Vale ry. Winner of many awards, including the Prix Goncourt in 1987 and the "Hudson Review" 's Bennett Award in 1988, he is the author of six critically acclaimed books of poetry.Spanning four decades and drawing on all of Bonnefoy's major collections, this selection provides a comprehensive overview of and an ideal introduction to his work. The elegant translations, many of them new, are presented in this dual-language edition alongside the original French. Several significant works appear here in English for the first time, among them, in its entirety, Bonnefoy's 1991 book of verse, "The Beginning and the End of the Snow," the 1988 prose poem "Where the Arrow Falls," and an important long poem from 1993, "Wind and Smoke." Together with poems from such classic volumes as "In the Lure of the Threshold," these new works shed light on the growth as well as the continuity of Bonnefoy's work. John Naughton's detailed introduction looks at the evolution of Bonnefoy's poetry from the 1953 publication of "On the Motion and Immobility of Douve," which immediately established his reputation as one of France's leading poets, through the 1993 publication of "The Wandering Life" and its centerpiece "Wind and Smoke." Ill.

Yves Bonnefoy (1923-2016) is recognized as the greatest French poet of the past fifty years. By the time of his death, he had published eleven major collections of poetry in verse and prose, several books of tales, and numerous studies of literature and art. Hoyt Rogers translates works from French, German, Italian, and Spanish.