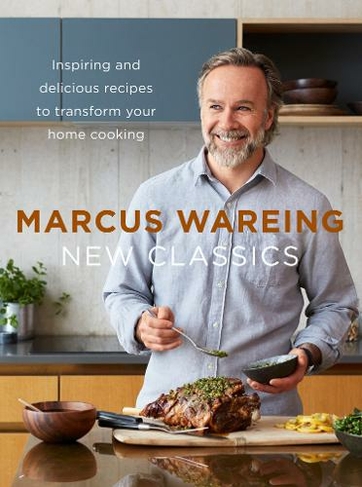 Shortlisted for BOOK OF THE YEAR by the Food and Travel Magazine 2018 Reader Awards Following on from his Sunday Times bestseller Marcus at Home, Marcus Wareing delivers a must-have new classic for your shelves. Marcus is one of the most respected and acclaimed chefs and restaurateurs in Britain. At the helm of many of London's most iconic restaurants, he holds two Michelin stars as well as numerous awards. Marcus is also judge of MasterChef: The Professionals. What Marcus doesn't know about cooking, isn't worth knowing. Over the years, Marcus has developed and refined recipe after recipe. Whether it's a quick recipe after a hectic day, a recipe to bring your family together or a show-off meal for your friends, Marcus brings excellence to every meal he makes. In his new book, Marcus takes the best of the time-honoured recipes and puts his own spin on them. What's more, he creates new recipes that will become much-loved classics in their own right. Here is a book to pore over, to bring inspiration and excitement back into your cooking, and to use again and again. 80 col illus

MARCUS WAREING is one of the most respected and acclaimed chefs and restaurateurs in Britain today. Originally from Southport, Merseyside, Marcus began his career at the age of 16. An incredible talent, he started acquiring Michelin stars aged just 26 - one of only a handful of chefs to be recognised at such a young age. Over the last 30 years Marcus has been involved in the creation of many of London's most iconic and celebrated restaurants, including his own restaurant group, Marcus Wareing Restaurants, which he founded in 2008. With two Michelin stars at his flagship restaurant, Marcus, in the Berkeley Hotel, he also owns and operates two other London restaurants, The Gilbert Scott and Tredwell's. Alongside his Michelin stars, Marcus has also won numerous coveted awards. These include the Acorn Award, Chef of the Year with Caterer and Hotelkeeper, Tatler Restaurateur of the Year and GQ Chef of the Year. A familiar face on our TV screens, Marcus took on the new role as judge on MasterChef:The Professionals in 2014. Marcus lives in London with his wife and three children.