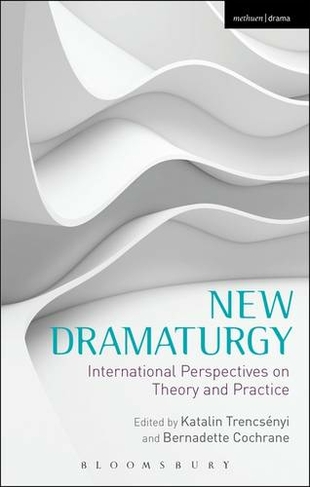 Recent shifts in the theatrical landscape have had corresponding implications for dramaturgy. The way we think about theatre and performance today has changed our approaches to theatre making and composition. Emerging new aesthetics and new areas of dramaturgical work such as live art, devised and physical theatre, experimental performance, and dance demand new approaches and sensibilities. New Dramaturgy: International Perspectives on Theory and Practice is the first book to explore new dramaturgy in depth, and considers how our thinking about dramaturgy and the role of the dramaturg has been transformed. Edited by Katalin Trencsenyi and Bernadette Cochrane, New Dramaturgy: International Perspectives on Theory and Practice provides an unrivalled resource for practitioners, scholars, and students. 10 halftone illus

Katalin Trencsenyi is a London-based dramaturg. She completed her PhD in Philosophy (Aesthetics) at the Eoetvoes Lorand University, Budapest. As a freelance dramaturg, Katalin has worked with the National Theatre, the Royal Court Theatre, the Courtyard Theatre, Deafinitely Theatre, Corali Dance Company, and Company of Angels amongst others. Katalin co-founded the Dramaturgs' Network with Hanna Slattne in 2001, and has worked on its various committees ever since. From 2010 to 2012 Katalin served as President of the Dramaturgs' Network. Katalin is one of the contributors to the Routledge Companion to Dramaturgy (2014). Her monograph on contemporary dramaturgical practices, Dramaturgy in the Making, is to be published by Bloomsbury in 2015. Bernadette Cochrane is a Research Fellow at the University of Queensland. As a freelance director and dramaturg she has worked for several independent companies in both Australia and the United Kingdom. She co-convenes the Translation, Adaptation and Dramaturgy Working Group of the International Federation for Theatre Research. Bernadette has edited a special issue of the Journal of Adaptation in Film and Performance (2011, Vol. 4 No. 3), and has a chapter in Invisible Presences: Translation, Dramaturgy and Performance (2014). She has an article forthcoming considering the recently proliferating practice of screening live performances (primarily of opera, theatre, and dance) in cinemas, in the journal, Adaptation (2014).