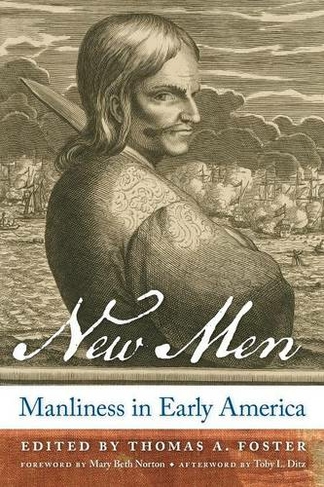 In 1782, J. Hector St. John de Crevecoeur wrote, "What then, is the American, this new man? He is an American, who, leaving behind him all his ancient prejudices and manners, receives new ones from the new mode of life he has embraced." In casting aside their European mores, these pioneers, de Crevecoeur implied, were the very embodiment of a new culture, society, economy, and political system. But to what extent did manliness shape early America's character and institutions? And what roles did race, ethnicity, and class play in forming masculinity? Thomas A. Foster and his contributors grapple with these questions in New Men, showcasing how colonial and Revolutionary conditions gave rise to new standards of British American manliness. Focusing on Indian, African, and European masculinities in British America from earliest Jamestown through the Revolutionary era, and addressing such topics that range from slavery to philanthropy, and from satire to warfare, the essays in this anthology collectively demonstrate how the economic, political, social, cultural, and religious conditions of early America shaped and were shaped by ideals of masculinity. Contributors: Susan Abram, Tyler Boulware, Kathleen Brown, Trevor Burnard, Toby L. Ditz, Carolyn Eastman, Benjamin Irvin, Janet Moore Lindman, John Gilbert McCurdy, Mary Beth Norton, Ann Marie Plane, Jessica Choppin Roney, and Natalie A. Zacek.

Thomas A. Foster is Professor of History at Howard University, in Washington, DC, and author of Sex and the Eighteenth-Century Man: Massachusetts and the History of Sexuality in America, and Sex and the Founding Fathers: The American Quest for a Relatable Past. He is also editor of Long Before Stonewall: Histories of Same-Sex Sexuality (NYU Press, 2007), New Men: Manliness in Early America (NYU Press, 2011), and Documenting Intimate Matters: Primary Sources for a History of Sexuality in America. Foster tweets at @ThomasAFoster.pasting