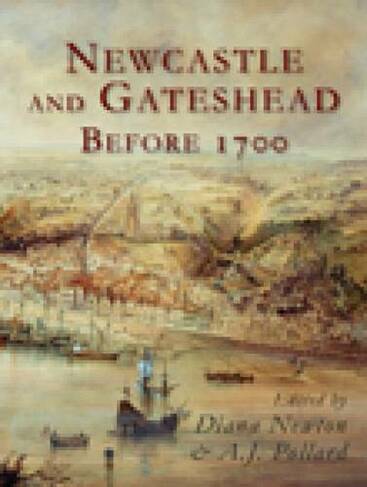 Newcastle and Gateshead Before 1700 UK ed.

Modern Newcastle and Gateshead are renowned for coal, a football club and a vibrant cultural scene; their pre-modern history is equally distinctive as the former was for centuries the pre-eminent north-east port trading across the North Sea, focal point of regional society and the main military base for the eastern Scottish marches. This collection of essays by scholars eminent in their fields brings together under one cover the results of recent archaeological and historical research to reveal the vigour and variety of the early history of these settlements at the lowest bridging point of the Tyne. Topics covered include the spectacular economic growth that followed the building of the Norman castle and the halt caused by conflict with Scotland; the rise of the coal trade; the significance of religion and the influence of the bishops of Durham; the governance of the towns and the buildings to which this gave rise; the impact, time after time, of plague; the relations of local elites with wider regional society; and the financial and other networks within which both Newcastle and Gateshead operated, which included London and the ports of northern Europe. A recurring theme is the rivalry between the communities either side of the Tyne. United by proximity and by the bridge that has spanned the river since the early 12th century, they share a history that has always been a fraught combination of co-operation and conflict. By including them both in this new book, and linking their varying fortunes up to the birth of modern times, the collection does for the past what the Millennium Bridge does for the present and bears witness to a new spirit of harmony centred on the river.