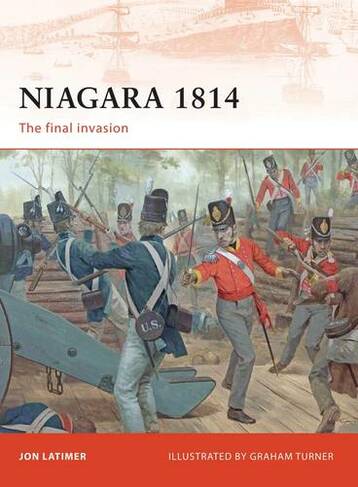 The War of 1812 has the strange distinction of being largely forgotten by both of its main participants, and yet its outcome was critically important to the future of North America. In 1814, the Americans launched a last offensive in an attempt to seize Canada. This Niagara campaign saw a number of pitched battles including Chippawa, Lundy's Lane, and Cook's Mill, where the Americans, under competent leaders such as Winfield Scott, matched the British shot for shot. However, due to poor planning the campaign failed and Canada survived as an independent state. Illustrations (chiefly col.)

Jon Latimer lives in Swansea where he studied Oceanography, and after a varied career in environmental science now writes full-time. Jon also served for 17 years in the Territorial Army, including an attachment to the Australian Army Reserve. He has already written Campaign 73: Operation Compass 1940 for Osprey. He is also the author of The Art of Deception in War.