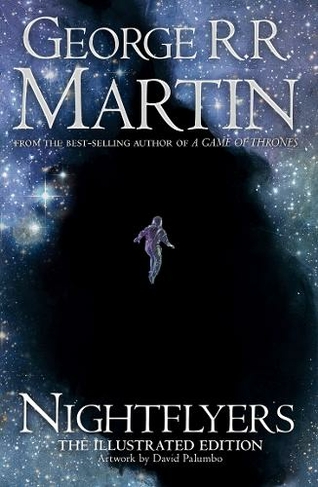 Alien meets Psycho in this chilling mystery set on a spaceship, soon to be an original series on Netflix, by the #1 best-selling author of A Song of Ice and Fire George R.R. Martin. Brought to electrifying life with artwork by David Palumbo. On a voyage toward the boundaries of the known universe, nine misfit academics seek out first contact with a shadowy alien race. But the real enigma is the Nightflyer itself, a cybernetic wonder with an elusive captain no one has ever seen in the flesh. Soon, however, the crew discovers that their greatest mystery - and most dangerous threat - is an unexpected force aboard the ship wielding a thirst for blood and terror... Dark and beautiful art by David Palumbo brings the words of George R.R. Martin to life in a story of horror, murder and outer space that you do not want to miss.

George R.R. Martin is the #1 New York Times best-selling author of many novels, including those of the acclaimed series A Song of Ice and Fire. He lives in Santa Fe, New Mexico. David Palumbo is a Philadelphia-based painter known primarily for fantasy and horror genre illustration. His work is characterised by dark themes and moody atmosphere with a traditional painterly technique. His images have since won numerous honours and have been featured in exhibits from New York to Paris.