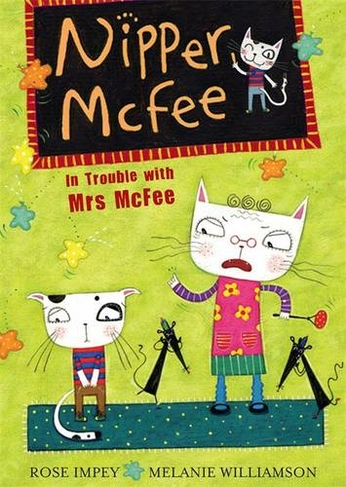 Nipper has had his fill of trouble. He decides to go to sea! But even when Nipper stows away on a ship, he can't escape those pesky basement rats . . .

Rose Impey, a former teacher, is highly regarded as a writer for children of all ages. She has written several novels and many bestselling series for Orchard, including Titchy Witch and Animal Crackers. Rose is also the creator of the bestselling Sleepover Club books, which became a major children's television series. Melanie Williamson is a fantastic new illustrator in the world of picture books, and has just been shortlisted for the Sheffield Children's Book Award. Melanie has been a fan of illustrations and pictures since a very early age. She is particularly inspired by quirky characters and bold, vivid colour. She graduated in BA (Hons) Graphic Design and Illustration at De Montford University in 2000 and has since been happily painting away as an illustrator of children's books.