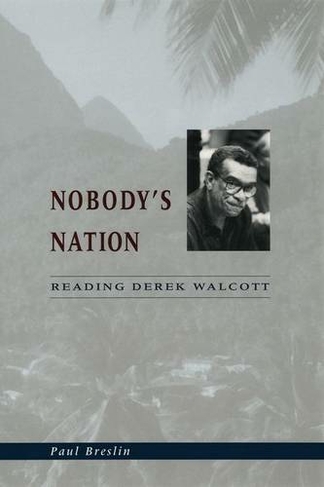 Nobody's Nation offers an illuminating look at the St. Lucian, Nobel-Prize-winning writer, Derek Walcott, and grounds his work firmly in the context of West Indian history. Paul Breslin argues that Walcott's poems and plays are bound up with an effort to re-imagine West Indian society since its emergence from colonial rule, its ill-fated attempt at political unity, and its subsequent dispersal into tiny nation-states. According to Breslin, Walcott's work is centrally concerned with the West Indies' imputed absence from history and lack of cohesive national identity or cultural tradition. Walcott sees this lack not as impoverishment but as an open space for creation. In his poems and plays, West Indian history becomes a realm of necessity, something to be confronted, contested, and remade through literature. What is most vexed and inspired in Walcott's work can be traced to this quixotic struggle. Linking extensive archival research and new interviews with Walcott himself to detailed critical readings of major works, Nobody's Nation will take its place as the definitive study of the poet. Ill.

Paul Breslin is a professor of English at Northwestern University. He is the author of The Psycho-Political Muse: American Poetry since the Fifties, published by the University of Chicago Press, and You Are Here, a collection of poems.