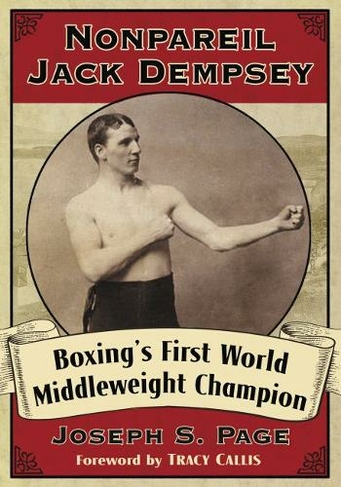 Hall of Fame middleweight prizefighter John Edward Kelly, better known as Nonpareil Jack Dempsey, was one of the most popular athletes in the United States during the late 19th century. To many observers, Dempsey is one of the greatest pound-for-pound fighters in ring history. Inside the ropes, he was fearless, poised, quick, agile, and had terrific punching power with both hands. His story is rich-full of amazing highs and terrible lows. He was a poor immigrant Irish boy who scaled great heights to become one of this nation's first sports celebrities. He became a household name, wealthy and popular. But much too soon, it all came crashing down. His violent profession, alcoholism, mental illness, and tuberculosis left little to recognize of the valiant hero of so many battles. 50 photos

Joseph S. Page is an organizational development consultant who lives in Nashville, Tennessee. His previous works include a biography of former heavyweight boxing champion Primo Carnera and a history of professional football championships prior to the first Super Bowl.