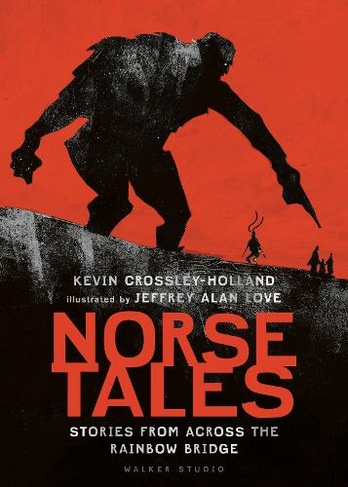 Norse Tales: Stories from Across the Rainbow Bridge: (Walker Studio)

The extraordinary companion title to the critically-acclaimed Norse Myths: Tales of Odin, Thor and Loki, from a Carnegie Medal-winning author. Enter an ancient world of green glades and glaciers, where gods and goddesses spread their magic whilst rock-giants and mountain-trolls roam. This astonishing new collection of Norse tales from the award-winning Kevin Crossley-Holland - with Jeffrey Alan Love's arresting illustrations - will enthral readers of all ages.

Kevin Crossley-Holland is a Carnegie Medal-winning author and a well-known poet. His Arthur trilogy has won worldwide critical acclaim, sold well over 1 million copies and been translated into 25 languages. He has translated Beowulf from the Anglo-Saxon, and his retellings of traditional tales include Between Worlds, The Penguin Book of Norse Myths and British Folk Tales.Jeffrey Alan Love is the award-winning author and illustrator of The Hero's Quest, The Thousand Demon Tree and Notes from the Shadowed City. He's the winner of the Zilveren Penselen Award for Norse Myths, the World Fantasy Award for Best Artist and the British Fantasy Award for Best Artist. He has also been nominated for the Kate Greenaway Medal.