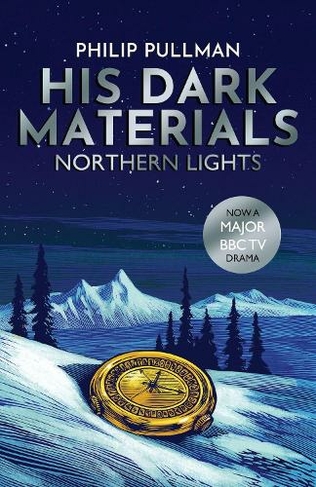 By Philip Pullman (Author), Chris Wormell (Illustrator)
Paperback
£6.55 rrp £7.99 Save £1.44 (18%)
GBP
Availability
In Stock
Free Delivery Available When You Spend £15 Or More
Details
Spend £15 On Products To Receive Free Standard Delivery To Your Home Or Free Next Day Click and Collect To Stores

The first volume in Philip Pullman's groundbreaking HIS DARK MATERIALS trilogy, now a thrilling, critically acclaimed BBC/HBO television series. First published in 1995, and acclaimed as a modern masterpiece, this first book in the series won the UK's top awards for children's literature. "Without this child, we shall all die." Lyra Belacqua and her animal daemon live half-wild and carefree among scholars of Jordan College, Oxford. The destiny that awaits her will take her to the frozen lands of the Arctic, where witch-clans reign and ice-bears fight. Her extraordinary journey will have immeasurable consequences far beyond her own world... This edition has a beautiful cover from celebrated artist, Chris Wormell. The first season of His Dark Materials: Northern Lights, premiered on BBC1 in November 2019 The second season, The Subtle Knife, is November 2020 The third season, The Amber Spyglass, is yet to have a release date announced