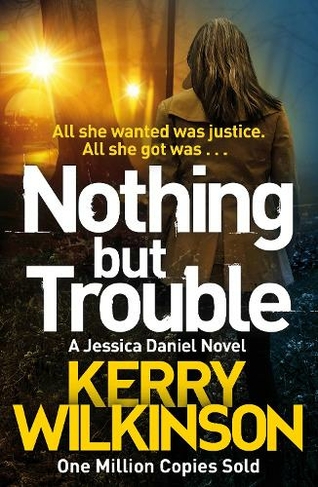 In Nothing But Trouble, a gripping crime thriller by bestselling crime author Kerry Wilkinson, DI Jessica Daniel has to protect the streets of Manchester from escaped prisoners - and those trying to hunt them down. Niall O'Brien is a veteran living on the edge of a run-down estate, refusing to sell his house to developers. He's the only remaining resident, alone and frightened by a series of break-ins. He's been threatening to shoot the next intruder but he can't be serious . . . what if the next person through the door is a police officer trying to help? Elsewhere, on a bright Manchester morning a vehicle screeches across a junction and wipes out a prison van. Two prisoners run for it, leaving the police to track them down. They don't have long to wait. Hours later, one of the escapees is hanged from a motorway bridge. Was he broken out solely to be killed, or is there something deeper going on? Meanwhile, someone's conning pensioners out of their savings and there are rumours that the bare-knuckle British middleweight title fight is coming to the city. DI Jessica Daniel fears finding herself in the middle of an all-out war, not knowing that the biggest threat might come from a frightened pensioner.

Kerry Wilkinson has been busy since turning thirty. His first Jessica Daniel novel, Locked In, was a number one ebook bestseller, while the series as a whole has sold one million copies. He has written a fantasy-adventure trilogy for young adults, a second crime series featuring private investigator Andrew Hunter, plus the standalone thrillers Down Among the Dead Men and No Place Like Home. Originally from the county of Somerset, Kerry has spent far too long living in the north of England, picking up words like 'barm' and 'ginnel'. When he's short of ideas, he rides his bike or bakes cakes. When he's not, he writes it all down.

Nothing but Trouble
Nothing but Trouble
Kerry Wilkinson
Paperback
Special Order item not currently available. We'll try and order for you
https://www.whsmith.co.uk/products/nothing-but-trouble/kerry-wilkinson/paperback/9781447285441.html £5.75 rrp £7.99 Save £2.24 (28%)
GBP