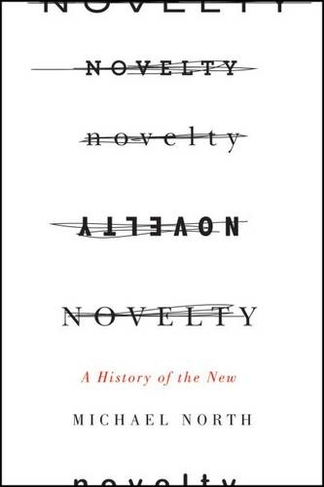 Novelty: A History of the New

If art and science have one thing in common, it's a hunger for the new-new ideas and innovations, new ways of seeing and depicting the world. But that desire for novelty carries with it a fundamental philosophical problem: If everything has to come from something, how can anything truly new emerge? Is novelty even possible? In Novelty, Michael North takes us on a dazzling tour of more than two millennia of thinking about the problem of the new, from the puzzles of the pre-Socratics all the way up to the art world of the 1960s and '70s. The terms of the debate, North shows, were established before Plato, and have changed very little since: novelty, philosophers argued, could only arise from either recurrence or recombination. The former, found in nature's cycles of renewal, and the latter, seen most clearly in the workings of language, between them have accounted for nearly all the ways in which novelty has been conceived in Western history, taking in reformation, renaissance, invention, revolution, and even evolution. As he pursues this idea through centuries and across disciplines, North exhibits astonishing range, drawing on figures as diverse as Charles Darwin and Robert Smithson, Thomas Kuhn and Ezra Pound, Norbert Wiener and Andy Warhol, all of whom offer different ways of grappling with the idea of originality. Novelty, North demonstrates, remains a central problem of contemporary science and literature-an ever-receding target that, in its complexity and evasiveness, continues to inspire and propel the modern. A heady, ambitious intellectual feast, Novelty is rich with insight, a masterpiece of perceptive synthesis.

Michael North is professor of English at the University of California, Los Angeles and the author of several books. He lives in Valley Village, CA.