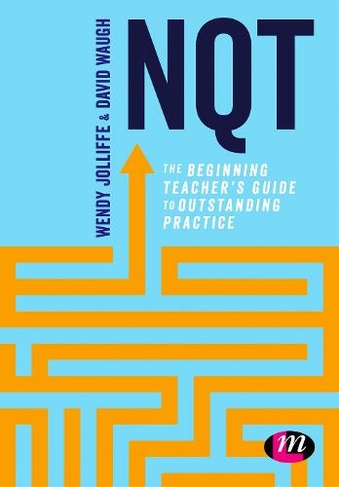 'Don't smile until Christmas.' 'Never be afraid to ask for help.' 'Always accept a cup of tea when it's offered to you.' There's no shortage of tips, tricks and friendly advice for newly qualified teachers. But how can you separate the wheat from the chaff as you navigate your way through the first year on the job? Where do you go for sound, professional advice that is evidence-based and not just a short-term quick-fix that will later prove problematic? NQT: The Beginning Teacher's Guide to Outstanding Practice is your go-to companion throughout your NQT year. Written by teachers and teacher training experts, it guides you through your first year in teaching by extending your training and supporting you to keep learning. It covers areas NQTs say they need more support on including assessment, classroom behaviour and work-life balance and every chapter is linked to the Teachers' Standards and explores what they mean for you in the classroom.

Wendy Jolliffe is Professor of Education and worked in Initial Teacher Education (ITE) for 14 years; latterly as Head of Teacher Education at the University of Hull. She worked previously as a Regional Adviser for the National Strategies and advised ITT providers on effective provision for literacy. She has published extensively in Primary English and Cooperative Learning. David Waugh is a former deputy headteacher who worked in ITT from 1990 at the University of Hull, where he led the PGCE course and became Head of Department. In 2008 he was appointed as one of two (the other being Wendy) National Strategies Regional Advisers for ITT. He is currently lectures at Durham University. He has published extensively in primary English, as well as developing e-learning resources for National Strategies for English, mathematics and mentoring and coaching. David also writes children's stories, including The Wishroom, which was written with 45 children from 15 East Durham primary schools and published in 2017.