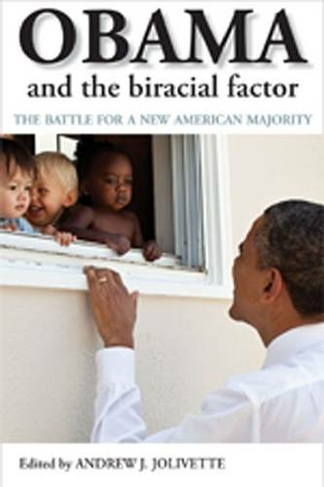 Since the election in 2008 of Barack Obama to the Presidency of the United States there have been a plethora of books, films, and articles about the role of race in the election of the first person of color to the White House. None of these works though delves into the intricacies of Mr. Obama's biracial background and what it means. Obama and the Biracial Factor is the first book to explore the significance of mixed-race identity as a key factor in the election of President Obama and examines the sociological and political relationship between race, power, and public policy in the United States with an emphasis on public discourse and ethnic representation in his election . Jolivette and his co-authors bring biracial identity and multiraciality to forefront of our understanding of racial projects since his election. Additionally the authors assert the salience of mixed-race identity in U.S. policy and the on-going impact of the media and popular culture on the development, implementation, and interpretation of government policy and ethnic relations in the U.S. and globally. Obama and the Biracial Factor speaks to a wide array of academic disciplines ranging from political science and public policy to sociology and ethnic studies.

Andrew J. Jolivette received his Ph.D. in sociology from the University of California, Santa Cruz. He is Associate Professor and chair of American Indian Studies at San Francisco State University where he is an affiliated faculty member in Race & Resistance Studies and Educational Leadership.