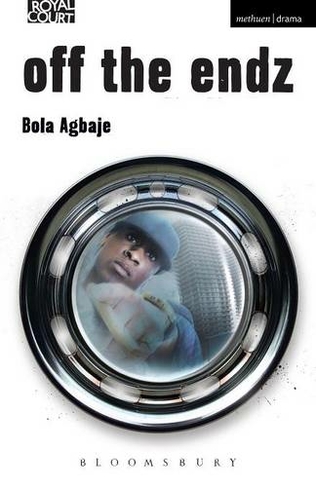 'My future is here. My aim is clear and simple. I want out. I wanna be rich. I'm not gonna pretend it's anything more than that and I want it now.' David, Kojo and Sharon grew up on a London estate. Now in their mid 20s, they're eyeing another kind of life. But how do you choose the right path when temptation lies around every corner? If your emotional or financial debt is sky high, how do you buy your way out? Bola Agbaje's smart, savvy second play for the Royal Court asks whether being out of the system might be just as good as being in it. Her characters struggle to ignore the pull of lawless gain and in their newly-respectable, adult lives, find it hard to move away from a background which both haunts them and entices them back. Agbaje's characteristically energetic, vibrant dialogue captures the dynamic rhythm of spoken language and she portrays an under-represented slice of society with skill and compassion.

Bola was a member of the Young Writers' Programme at the Royal Court Theatre and her first play, GONE TOO FAR!, premiered there in February 2007, directed by Bijan Sheibani. The production won a 2008 Olivier Award for Outstanding Achievement in an Affiliate Theatre and transferred to the Royal Court Theatre Downstairs for a sell-out run. Bola's second full play, Detaining Justice is played at the Tricycle Theatre as part of the prestigious Not Black and White season 2009. She is Pearson Playwright in Residence at Paines Plough, and is adapting GONE TOO FAR! for the UK Film Council and Poisson Rouge Pictures.