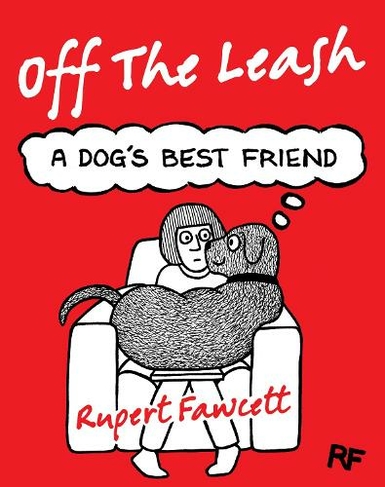 Off The Leash: A Dog's Best Friend: (Unabridged edition)

Off the Leash: A Dog's Best Friend rounds up a second selection of the best cartoons celebrating the unique friendship between dog and owner. This charming collection of cartoons illuminates what's going through a dog's mind at all points of the day: from selecting the perfect stick to what they dream about, and just how much of the bed they think is for them. It also contains the best dog photos sent in by Off the Leash fans around the world. Touchingly true to life and brilliantly observed, this is the ideal gift for dog lovers. With a hugely popular following on Facebook, Off The Leash has developed a regular daily following of more than half a million people from around the world.

Rupert Fawcett is an English cartoonist living in London. He became a professional cartoonist almost by accident when in 1989, whilst doodling, he drew a bald man in braces and carpet slippers and called him Fred. The Fred cartoons went on to be syndicated in the Mail on Sunday, were published in several books, and to date over nine million Fred greetings cards have been sold in the UK, Australia and New Zealand. He is the creator of the hilarious and true to life Off The Leash: The Secret Life of Dogs, Off the Leash: A Dog's Best Friend, Off the Leash: It's a Dog's Life and, for cat lovers, On the Prowl.