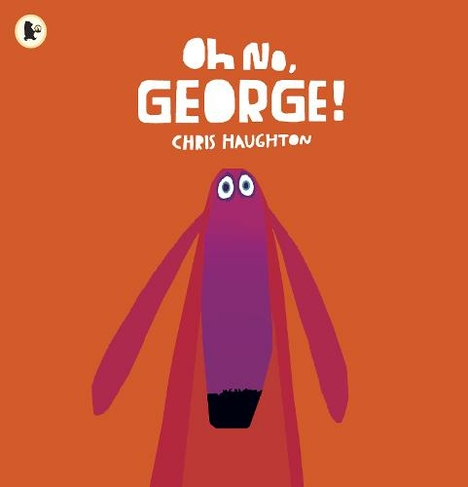 By Chris Haughton (Author), Chris Haughton (Illustrator)
Paperback
https://www.whsmith.co.uk/products/oh-no-george/chris-haughton/chris-haughton/paperback/9781406344769-12-000.html £6.55 rrp £7.99 Save £1.44 (18%)
GBP
Availability
In Stock
Free Delivery Available When You Spend £25 Or More
Details
Spend £25 On Products To Receive Free Standard Delivery To Your Home Or Free Next Working Day Click And Collect To Store

Chris Haughton is an Irish designer and illustrator. His debut picture book, A Bit Lost, is published into 19 different languages worldwide and has won 13 awards in nine countries, including the Dutch Picture Book of the Year and CBI Book of the Year. His second title, Oh No, George! won the Junior Design Award and was shortlisted for the Kate Greenaway Award. His third picture book, Shh! We Have a Plan, won the Specsavers Irish Children's Book of the Year Junior Award 2014 as well as the Ezra Jack Keats New Illustrator Award in the US. His first app, Hat Monkey, was released in 2014. Chris was also listed in TIME magazine's DESIGN 100 for his work with the fair trade company People Tree and he co-founded NODE, a fair trade social business, in 2012. He lives in East London. Find Chris online at www.chrishaughton.com and on Twitter as @chrishaughton.