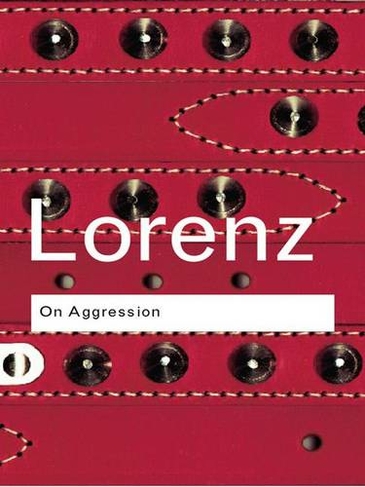 Konrad Lorenz was the author of some of the most popular books ever published about animals, including the best-selling Man Meets Dog and King Solomon's Ring. On Aggression is one of his finest works, as well as the most controversial. Through an insightful and characteristically entertaining survey of animal behaviour, the Nobel Prize winner tracks the evolution of aggression throughout the animal world. He also raises some startling questions when he applies his observations of animal psychology to humankind. His conclusions caused an unprecedented controversy, culminating in a statement adopted by UNESCO in 1989 which appeared to condemn his work. Whether or not Lorenz actually claimed aggression is hard-wired into the human psyche, and that war is an inevitable result, is something readers can decide upon for themselves. However you react, there can be no doubting that in today's violent world this powerful work remains of paramount importance.

Konrad Lorenz (1903-89). Pioneering and world-renowned scientist of animal behaviour. He was awarded the Nobel Prize for Medicine and Psychology in 1973.