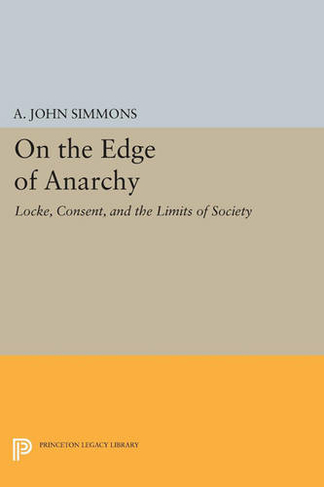 On the Edge of Anarchy: Locke, Consent, and the Limits of Society (Princeton Legacy Library)

This book completes A. John Simmons's exploration and development of Lockean moral and political philosophy, a project begun in The Lockean Theory of Rights (Princeton paperback edition, 1994). Here Simmons discusses the Lockean view of the nature of, grounds for, and limits on political relations between persons. Originally published in 1993. The Princeton Legacy Library uses the latest print-on-demand technology to again make available previously out-of-print books from the distinguished backlist of Princeton University Press. These editions preserve the original texts of these important books while presenting them in durable paperback and hardcover editions. The goal of the Princeton Legacy Library is to vastly increase access to the rich scholarly heritage found in the thousands of books published by Princeton University Press since its founding in 1905.