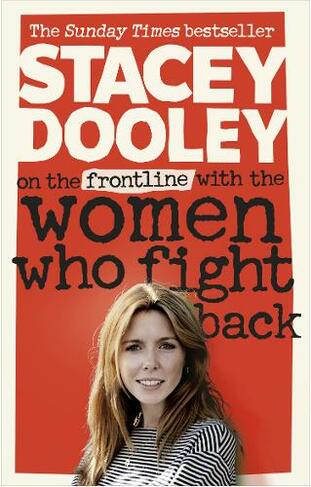 On the Front Line with the Women Who Fight Back

The Sunday Times bestseller Over her ten years of documentary film making, Stacey Dooley has covered a wide variety of topics, from sex trafficking in Cambodia to Yazidi women fighting back in Syria. At the heart of all her reporting are incredible women in extraordinary situations: sex workers in Russia, victims of domestic violence in Honduras, and many more. On the Frontline with the Women who Fight Back, draws on Stacey's encounters with the brave, wonderful women she has met over her career to explore the issues of gender equality, domestic violence, sexual identity and, at its centre, womanhood in the world today.

Stacey Dooley is one of the UK's most loved documentary presenters. Across her series, Stacey Dooley Investigates, she has examined a variety of topics from sex trafficking and under age sex slavery, to domestic violence.Stacey immersed herself in different groups with extreme ideologies and beliefs in a two-part series Brainwashing Stacey Dooley for BBC3 last year where she had to embrace the challenging world of pro-abortionists and the controversial arena of big game hunting. And in 2016, Stacey travelled to Syria and presented the critically acclaimed documentary, Stacey Dooley on The Frontline: Gun Girls and ISIS, also for BBC3.2017 has seen Stacey explore the dangerous world of child pornography in Japan, investigate the missing indigenous girls of Canada and go undercover in the growing criminal world of Britain's digital drug dealers.In 2018, Stacey was awarded an MBE for her outstanding contribution to broadcasting.