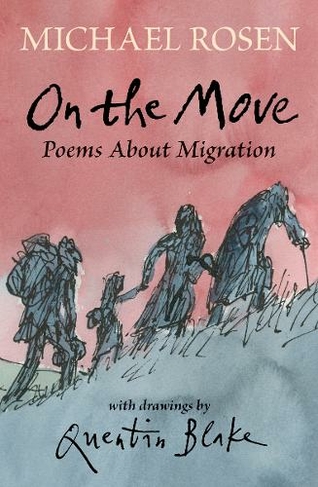 On the Move: Poems About Migration

By Michael Rosen (Author), Quentin Blake (Illustrator)
Hardback
https://www.whsmith.co.uk/products/on-the-move-poems-about-migration/michael-rosen/quentin-blake/hardback/9781406393705-12-000.html £8.19 rrp £9.99 Save £1.80 (18%)
GBP
Availability
In Stock
Free Delivery Available When You Spend £25 Or More
Details
Spend £25 On Products To Receive Free Standard Delivery To Your Home Or Free Next Working Day Click And Collect To Store
Share

Michael Rosen is one of the most popular authors for children. His bestselling titles published by Walker Books include We're Going on a Bear Hunt, A Great Big Cuddle, Little Rabbit Foo Foo, Michael Rosen's Sad Book, Tiny Little Fly andWhat Is Poetry?. Michael received the Eleanor Farjeon Award for distinguished services to children's literature in 1997, and was the Children's Laureate from 2007 to 2009. He presents radio programmes for the BBC, and is a political commentator.Quentin Blake is one of the world's foremost illustrators, particularly renowned for his collaboration with Roald Dahl. His books have won numerous awards, including the Whitbread Prize, the Kate Greenaway Medal and the Hans Christian Andersen Award. In 1999 he was appointed the first Children's Laureate, and in 2013 he received a knighthood for his services to illustration.