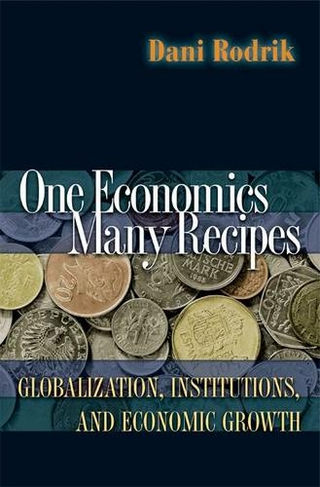 One Economics, Many Recipes Globalization, Institutions, and Economic Growth

In One Economics, Many Recipes, leading economist Dani Rodrik argues that neither globalizers nor antiglobalizers have got it right. While economic globalization can be a boon for countries that are trying to dig out of poverty, success usually requires following policies that are tailored to local economic and political realities rather than obeying the dictates of the international globalization establishment. A definitive statement of Rodrik's original and influential perspective on economic growth and globalization, One Economics, Many Recipes shows how successful countries craft their own unique strategies--and what other countries can learn from them. To most proglobalizers, globalization is a source of economic salvation for developing nations, and to fully benefit from it nations must follow a universal set of rules designed by organizations such as the World Bank, the International Monetary Fund, and the World Trade Organization and enforced by international investors and capital markets. But to most antiglobalizers, such global rules spell nothing but trouble, and the more poor nations shield themselves from them, the better off they are. Rodrik rejects the simplifications of both sides, showing that poor countries get rich not by copying what Washington technocrats preach or what others have done, but by overcoming their own highly specific constraints. And, far from conflicting with economic science, this is exactly what good economics teaches. 19 line illus. 16 tables.

Dani Rodrik is professor of international political economy at the John F. Kennedy School of Government at Harvard University. He was the recipient of the inaugural Albert O. Hirschman Prize from the Social Sciences Research Council, and is the author of "Making Openness Work: The New Global Economy and the Developing Countries" and "Has Globalization Gone Too Far?"