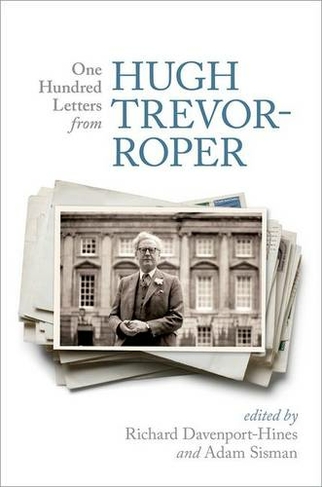 One Hundred Letters From Hugh Trevor-Roper

Also available on eBook for £12.23. Click here to purchase from Rakuten Kobo

The one hundred letters brought together for this book illustrate the range of Hugh Trevor-Roper's life and preoccupations: as an historian, a controversialist, a public intellectual, an adept in academic intrigues, a lover of literature, a traveller, a countryman. They depict a life of rich diversity; a mind of intellectual sparkle and eager curiosity; a character that relished the comedie humaine, and the absurdities, crotchets, and vanities of his contemporaries. The playful irony of Trevor-Roper's correspondence places him in a literary tradition stretching back to such great letter-writers as Madame de Sevigne and Horace Walpole. Though he generally shunned emotional self-exposure in correspondence as in company, his letters to the woman who became his wife reveal the surprising intensity and the raw depths of his feelings. Trevor-Roper was one of the most gifted scholars of his generation, and one of the most famous dons of his day. While still a young man, he made his name with his bestseller The Last Days of Hitler, and became notorious for his acerbic assaults on other historians. In his prime, Trevor-Roper appeared to have everything: a grey Bentley, a prestigious chair in Oxford, a beautiful country house, a wife with a title, and, eventually, a title of his own. But he failed to write the 'big book' expected of him, and tainted his reputation when in old age he erroneously authenticated the forged Hitler diaries. For an academic, Trevor-Roper's interests were extraordinarily wide, bringing him into contact with such diverse individuals as George Orwell and Margaret Thatcher, Albert Speer and Kim Philby, Katharine Hepburn and Rupert Murdoch. The tragicomedy of his tenure as Master of Peterhouse, Cambridge, provided an appropriate finale to a career packed with incident. Trevor-Roper's letters to Bernard Berenson, published as Letters from Oxford in 2006, gave pleasure to a wide variety of readers. This more general selection of his correspondence has been long anticipated, and will delight anyone who values wit, erudition, and clear prose. 8pp black & white colour plates

Richard Davenport-Hines is a historian, literary biographer, and former Research Fellow of the London School of Economics. He has edited two previous collections of Hugh Trevor-Roper's writings, Letters from Oxford (2006) and Wartime Journals (2011). His other previous books include Dudley Docker: The Life and Times of a Trade Warrior, for which he won the Wolfson Prize, biographies of W. H. Auden and Marcel Proust, Titanic Lives,and, most recently, An English Affair: Sex, Class and Power in the Age of Profumo. Adam Sisman is a freelance writer, specializing in biography. His first book was a life of Hugh Trevor-Roper's rival, the historian A.J.P. Taylor (1994), and he has more recently written the authorized biography of Trevor-Roper himself (2010). Sisman's other work includes Boswell's Presumptuous Task (2000), which was awarded the National Books Critics Circle prize for biography, and The Friendship: Wordsworth and Coleridge (2006). He is currently at work on a life of John leCarre.