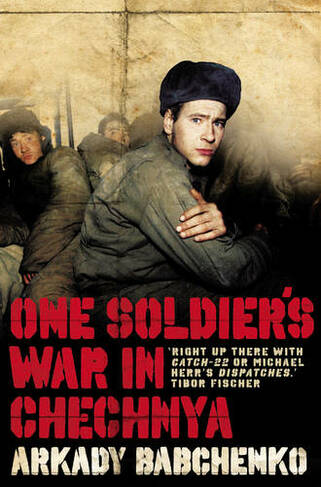 One Soldier's War In Chechnya

'I always thought that war was black and white. But it is colour.' This is a compulsively readable, autobiographical account of life as a young soldier in Russia's Chechen wars. It takes the raw and mundane reality of days amid guns and grenades and twists it into compelling, chilling - and eerily elegant - prose. With unblinking honesty, Babchenko traces his journey from innocence to experience, beginning with his teenage arrival in the transit camp just north of Chechnya and harsh treatment by his seniors as a naive and scared new recruit, through to his period of active duty at the front, by which time he has become a brutalized and hardened soldier. This is an outstanding dispatch from the frontline of war - unsparing, unsentimental, blackly comic and brutally beautiful - from an ordinary soldier who tells it like it is. This title will especially appeal to readers of contemporary reportage and war writing - from Michael Herr and Kapuscinski to Anthony Swofford's Jarhead and Mark Bowden's Black Hawk Down; as well as lovers of Tolstoy, Chekhov and Babel, and anyone with an interest in modern Russia. map

ARKADY BABCHENKO was born in 1977. He fought as an 18-year-old conscript in the first Chechen War in 1996-8 and then volunteered to return for six months in 2000 during the second Chechen War. A law graduate, he currently works in Moscow as a journalist on the non-conformist newspaper Novaya Gazeta. This is his first book.