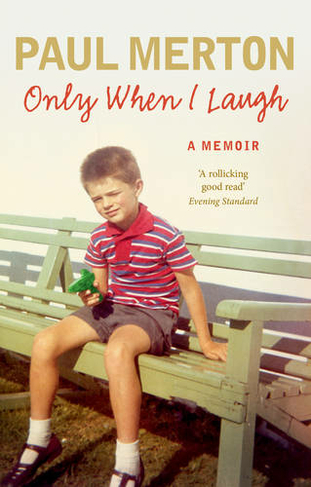 Only When I Laugh: My Autobiography

Known for his intelligent and often surreal humour, Paul Merton's weekly appearances on BBC1's Have I Got News For You - as well as Radio 4's Just A Minute and his travel documentaries - have seen him become an artfully rebellious fixture in our lives for over 25 years. He also has a real story to tell. In ONLY WHEN I LAUGH, his rich and beautifully-observed autobiography, Paul takes us on an evocative journey from his working-class Fulham childhood to the present day. Whether writing about school days, his run-ins with the nuns and other pupils; his disastrous first confession; his meatpacking job; taking acid; leaving home to live in bedsit; his early brushes with the opposite sex - and not forgetting his repeated attempts to break into the world of comedy - Paul's writing is always funny, poignant and revealing. And when his star finally ascends in the atmospherically drawn 1980s alternative cabaret scene there is a sense of excitement, energy, camaraderie, momentum and dramatic impending success... ...And then CRASH! In an unflinching and brilliantly written section that defines the book, we experience the disorienting and terrifying sustained manic episode that he suffered which landed him in a psychiatric hospital. These, and other tougher moments, are written about candidly and with sensitivity and honesty. Yet throughout ONLY WHEN I LAUGH, Paul Merton succeeds in telling his life story entertainingly, with warmth, humour and a big bucket load of wit. Ultimately uplifting, it is the story of a fascinating life, brilliantly told - and one of the best memoirs of the year.

Paul Merton was born in 1957, long before such things were fashionable. He spent his first eight years living within cheering distance of Fulham Football ground at Craven Cottage although he can't remember any cheering. Upon leaving school with two ropey A Levels and a CSE Grade 5 Maths, Paul enlisted in the Civil Service where he survived for two and a half years. He made his stand-up debut at London's Comedy Store in 1982 where his policeman on acid routine regularly stopped the show. In 1985 he joined the Comedy Store Players, an improvised comedy group which led, in 1988, to him appearing on Whose Line is it Anyway? for the first few series before he couldn't stick it anymore. He has appeared on Have I Got News For You as a team captain since 1990 and is also proud of his other long running gig, Radio 4's Just a Minute. Other TV highlights include his eponymous surreal sketch series from 1991-3; interviewing Spike Milligan in what was to be his last major television appearance as host of Room 101; and making several programmes about early cinema, including The Birth Of Hollywood which he co-wrote with his wife, Suki Webster.He still performs with the Comedy Stores Players every Sunday.