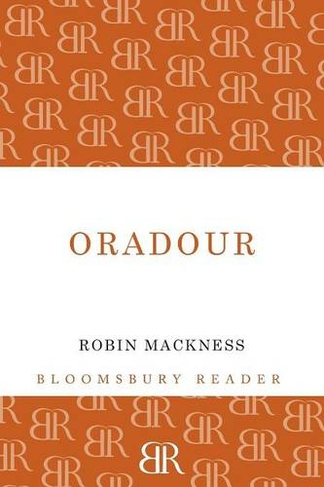 A True and Wholly Engrossing Tale of High Finance and Treachery in Which the Secret of a Wartime Tragedy is Revealed Through a Contemporary Drama. On 10th June 1944, four days after the Allied invasion of Normandy, the inhabitants of a remote village in South West France were rounded up by a company of SS soldiers and all but a handful were shot or burnt to death - 642 in total. The atrocity and its particularly disturbing details have never been adequately explained until now. In 1982 Robin Mackness met the one man left alive who held the knowledge which made terrible sense of the massacre. Five further years of thorough investigations convinced the author that he had discovered the true secret of Oradour. It cost him twenty-one months in prison and much else besides.

Robin Mackness was born in 1938 and was educated at Bedford School and Fitzwilliam College, Cambridge, where he studied Law. In the course of his military service,he rowed for the RAF, before going on to launch Slumberdowns, the company that introduced duvets to Britain in the early 1960s.He subsequently went on to launch several further companies internationally, including the investment management company featured in this book, and based in Switzerland and the Bahamas.He and his wife Liz now travel extensively, keeping an eye on the various companies he has founded, and at times, managed.Robin and Liz make their base in West Berkshire, from where Robin has written two further books,"with more to come". The themes of all his books are exploitations of recent truths, in so far as there can ever be any certainty about recent truths, he admits. Oradour has featured in many radio and television programmes, and it will shortly appear as a feature film.