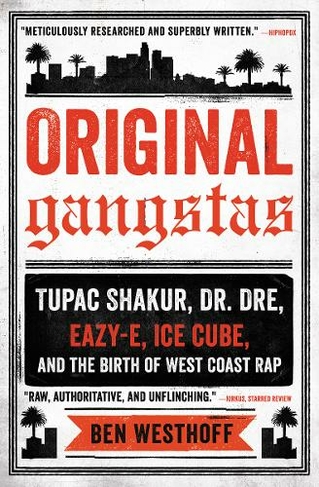 In the late 80s, a group of high school dropouts, drug dealers, and ex-cons spoke out against racial injustice and police brutality. They did it through hip-hop. Their explosive popularity put their Los Angeles neighborhood of Compton on the map. They gave a voice to disenfranchised African Americans across the country. And they quickly redefined pop culture across the world. Their names remain as popular as ever--Eazy-E, Dr. Dre, Ice Cube, Snoop Dogg, and Tupac Shakur. Music journalist Ben Westhoff shows how this group of artists shifted the balance of hip-hop from New York to Los Angeles. He shows how N.W.A.'s shocking success lead to rivalries between members, record labels, and eventually an all-out war between East Coast and West Coast rappers. In the process, hip-hop burst into mainstream America at a time of immense social change, and became the most dominant musical movement of the last thirty years. At gangsta rap's peak, two of its biggest names--Tupac Shakur and Biggie Smalls--would be murdered, and the surviving superstars would have to make peace before their music collapsed in its own violence. Exhaustively reported and masterfully written, ORIGINAL GANGSTAS is a monumental work of music history that will offer news-making stories about a legendary group of artists, some living, some dead. 1 8-page color photo insert

Ben Westhoff is a longtime music journalist whose work has appeared in The Wall Street Journal, Spin, Pitchfork, and the Village Voice. He spent three years as the Music Editor at L.A.Weekly, and is the author of Dirty South: Outkast, Lil Wayne, Soulja Boy, and the Southern Rappers Who Reinvented Hip-Hop (Chicago Review Press), which Rolling Stone called "packed with lively reporting and colorful social history."