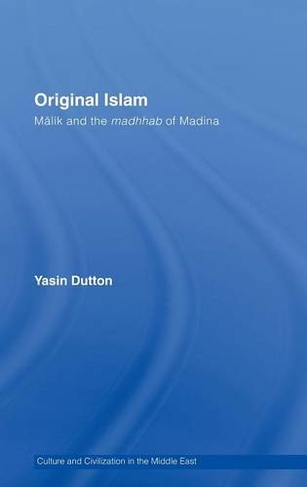 Original Islam Malik and the Madhhab of Madina

Original Islam investigates the primacy of Madinan Islam and the madhhab (school of law) of its main exponent, Malik ibn Anas. It contains an annotated translation of Intisar al-faqir al-salik li-tarjih madhhab al-Imam al-kabir Malik, which was written by al-Ra'i, a fifteenth-century Andalusian scholar resident in Cairo. This book includes: a comprehensive section on the scholarly credentials of the great eighth-century Madinan jurist Malik ibn Anas a detailed examination of a number of theoretical and practical disputed legal issues examples of the inter-madhhab rivalry and prejudice prevalent in fifteenth-century Cairo an extensive introduction giving background information on al-Ra'i and his life and times. It also highlights the significance of the text for contemporary Muslim discourse, in which both "modernist" and "fundamentalist" elements often equate the concept of madhhab with an outmoded tradition which must be rejected as irrelevant to the practice of Islam in a globalized world. This book aims to put this ongoing controversy about madhhab, particularly the Maliki madhhab and its "pre-madhhab" Madinan origins, on a surer footing. Original Islam provides access to a hitherto little known area of Islamic law and is essential reading for those with interests in this area.

Yasin Dutton is Associate Professor of Arabic Studies at the University of Cape Town. His current research interests include early Islamic law, early Qur'anic manuscripts, Islam and the environment, Islamic economics and the application of Islamic law in the modern world. Recent publications include: The Origins of Islamic Law: The Qur'an, the Muwatta' and Madinan `Amal (Richmond, UK: Curzon Press, 1999; second, revised edn, London: RoutledgeCurzon, 2002).