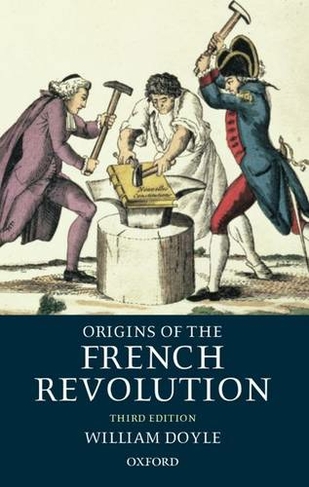 First published in 1980, this book rapidly established itself as the indispensable guide to what brought about the French Revolution, and to the debates of historians about the issue. It combined a full critical account of recent controversies with a fresh interpretation taking stock of where the debate had led. Since 1980 discussion among historians has continued as lively as ever, and has moved in directions scarcely explored at that time. The `revisionist' criticism which destroyed the classic mid-century consensus emphasizing the Revolution's social and economic origins has opened the way to a `post-revisionist' approach focused on cultural change. This new edition brings the subject up to date with an extensisively rewritten survey of the historiography up to the present day, and a revised interpretation modified in the light of research by a new generation of scholars. It will thus remain the starting point for any serious study of the greatest of all revolutions, which lies at the root of the modern political world. `important book . . . readable and perceptive analysis', Times Higher Education Supplement `His book is excellent, achieving the rare distinction of being both useful and revealing', Spectator `brief, clear, and thoughtful', Journal of Modern History