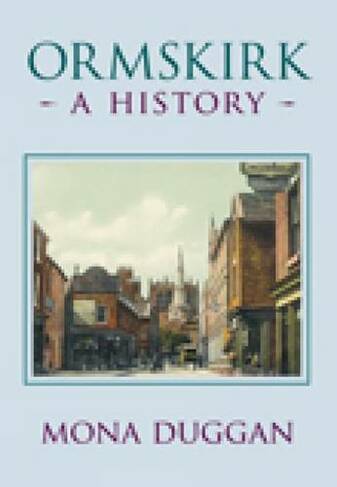 The history of settlement in the Ormskirk area may be traced back to the hunter-gatherers whose archaeological remains have been discovered locally, but it is the foundation of Burscough Priory in 1189 that provides the first documentary evidence of the township's existence. Since that time, surviving historical records reveal a great deal about life in the region through the ages. The earls of Derby and the Stanley family made their home, Lathom House, within the parish, and as lords of the manor of Ormskirk their fortunes were to affect local people. It was the de Lathom family who gave the manor and church to the Austin friars at Burscough, and the earls' connections with the royal family during the early Tudor period brought prosperity to the town. Unfortunately, their support for the Royalists during the Civil War was responsible for outbreaks of famine and plague in the district. In more modern times the family has continued to give support to local people whenever necessary. National events have made their mark on Ormskirk, too. After Richard II passed a law in 1390 permitting only the wealthy to hunt, poorer folk in the area were prevented from killing wild animals for food. And when the Act of Uniformity was passed in 1662, the vicar of Ormskirk was forced to relinquish his position. The Irish potato famine of the mid-19th century led to an outbreak of cholera in the town. Drawing widely on the available documentary evidence, and profusely illustrated, Ormskirk, a History introduces us to the men and women whose personal stories combine to make up the town's past. Described in stark detail, and in the words of their contemporaries, they include the butcher who lost his temper and flung down the stall of his neighbour, the labourer who went south to seek work at harvest-time but was forced into the army by the press gang, the poor children sent to Canada for a `better' life and the vicar who refused to wear his surplice.