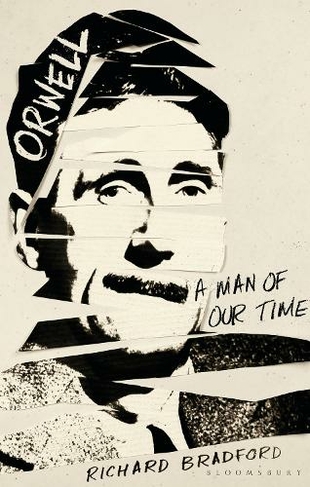 Orwell: A Man Of Our Time

As one of the most enduringly popular and controversial novelists of the last century, the 70th anniversary of George Orwell's death in 2020 will certainly be marked by conferences, festivals and media events - but more significant than these acts of commemoration is his relevance today. Despite the commonplace view that Animal Farm was aimed exclusively at Stalinist Russia, it was far more broadly focussed and the similarities between aspects of the novel and Trump's America are obvious. `Not only the parallels with the current President, but also by those who feel that his cult of personality is a mandate for collective nastiness. 'Doublethink' features in Nineteen Eighty Four and it is the forerunner to 'Fake News'. Aside from Orwell's importance as a political theorist and novelist his life in its own right is a beguiling narrative. His family was caught between upper middle-class complacency and uncertainty, and Orwell's time at Prep School and as a scholarship boy at Eton caused him to despise the class system that spawned him despite finding himself unable to fully detach himself from it. His life thereafter mirrored the history of his country; like many from his background he devoted himself to socialism as a salve to his conscience. He died at the point when Britain's status as an Imperial and world power had waned. An interest in him endures, principally because it is difficult to differentiate between the man who recorded the terrible events of the depression and the Spanish Civil War as an observer and the fiction writer who used literature to predict grim possibilities and diagnose horribly endemic inclinations. No other British writer of the 20th century has blended ideas, political commentary and literary art in such a manner. For an author whose work has been regarded as the most important in terms of the turbulent years of the mid-20th century and who eroded the boundaries between literature, journalism and political commentary, there have been relatively few attempts to present a vibrant portrait of the man behind the writings. Fifteen years (closer to eighteen when this book appears) is a long time for the absence of a life of one of one of the best-known authors of the twentieth century.

Richard Bradford is Research Professor in English at Ulster University and Visiting Professor at the University of Avignon. He has published over 25 acclaimed books, including a biography of Philip Larkin, which was an Independent Book of the Year, the authorised biography of Alan Sillitoe, a life of Kingsley Amis and a biography of Kingsley's son, Martin. He has been on the longlist for the James Tait Black Memorial Prize, has written for The Spectator and The Sunday Times and has been interviewed on his work for various BBC Radio Arts Programmes, as well as appearing on the Channel 4 Series `Writers in their Own Words', talking mainly on Martin Amis and the post-1960s generation of British novelists. The BBC TV programme `Through the Lens of Larkin', in which he appeared, was inspired by his The Importance of Elsewhere. Philip Larkin's Photographs. His biography of Ernest Hemingway The Man Who Wasn't There was published in October 2018 by I.B. Tauris