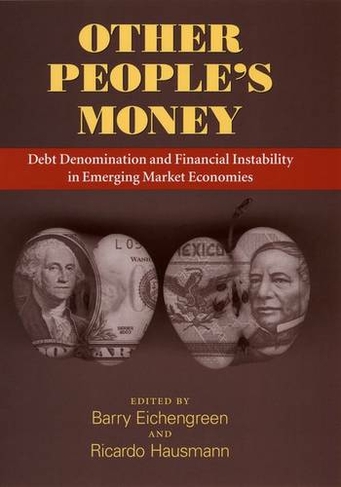 Recent crises in emerging markets have been heavily driven by balance-sheet or net-worth effects. Episodes in countries as far-flung as Indonesia and Argentina have shown that exchange rate adjustments that would normally help to restore balance can be destabilizing, even catastrophic, for countries whose debts are denominated in foreign currencies. Many economists instinctually assume that developing countries allow their foreign debts to be denominated in dollars, yen, or euros because they simply don't know better. Presenting evidence that even emerging markets with strong policies and institutions experience this problem, Other People's Money recognizes that the situation must be attributed to more than ignorance. Instead, the contributors suggest that the problem is linked to the operation of international financial markets, which prevent countries from borrowing in their own currencies. A comprehensive analysis of the sources of this problem and its consequences, Other People's Money takes the study one step further, proposing a solution that would involve having the World Bank and regional development banks themselves borrow and lend in emerging market currencies. Illustrations

Barry Eichengreen is the George C. Pardee and Helen N. Pardee Professor of Economics and Political Science at the University of California, Berkeley. He is the author or coeditor of several books, most recently Capital Flows and Crises. Ricardo Hausmann is professor of the practice of economic development at the John F. Kennedy School of Government at Harvard University. He is a former chief economist of the Inter-American Development Bank and former minister of planning of Venezuela.