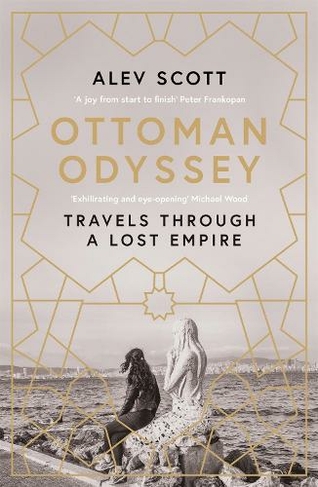 Ottoman Odyssey Travels through a Lost Empire: Shortlisted for the Stanford Dolman Travel Book of the Year Award

By Alev Scott (Author)
Paperback
https://www.whsmith.co.uk/products/ottoman-odyssey-travels-through-a-lost-empire-shortlisted-for-the-stanford-dolman-travel-book-of-the/alev-scott/paperback/9781784293710-12-000.html £8.19 rrp £9.99 Save £1.80 (18%)
GBP
Availability
In Stock
Free Delivery Available When You Spend £25 Or More
Details
Spend £25 on eligible products to receive free standard delivery to home or free next working day click and collect to store
Share

**SHORTLISTED FOR THE STANFORD DOLMAN TRAVEL BOOK OF THE YEAR** Alev Scott's odyssey began when she looked beyond Turkey's borders for contemporary traces of the Ottoman Empire. Their 800-year rule ended a century ago - and yet, travelling through twelve countries from Kosovo to Greece to Palestine, she uncovers a legacy that's vital and relevant; where medieval ethnic diversity meets 21st century nationalism, and displaced people seek new identities. It's a story of surprises. An acolyte of Erdogan in Christian-majority Serbia confirms the wide-reaching appeal of his authoritarian leadership. A Druze warlord explains the secretive religious faction in the heart of the Middle East. The palimpsest-like streets of Jerusalem's Old Town hint at the Ottoman co-existence of Muslims and Jews. And in Turkish Cyprus Alev Scott rediscovers a childhood home. In every community, history is present as a dynamic force. Faced by questions of exile, diaspora and collective memory, Alev Scott searches for answers from the cafes of Beirut to the refugee camps of Lesbos. She uncovers in Erdogan's nouveau-Ottoman Turkey a version of the nostalgic utopias sold to disillusioned voters in Europe and the U.S. And yet - as she relates with compassion, insight and humour - diversity is the enduring, endangered heart of this fascinating region. 2 Maps

Alev Scott was born in London in 1987 to a Turkish mother and a British father. She studied Classics at Oxford before working in London as an assistant director in theatre and opera. In 2011 she moved to Istanbul, where she taught Latin at the Bosphorus University. Her first book, Turkish Awakening, was published in 2014. Alev writes for numerous publications, including the Guardian. Her second book, Ottoman Odyssey, was shortlisted for the Stanford Dolman Travel Book of the Year Award in 2019. Her third book is Power & the People, written with Andronike Makres.