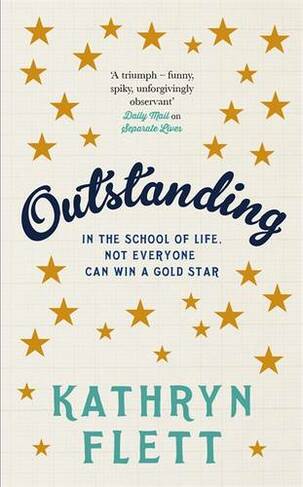 Eve Sturridge, a high-flying divorcee and mother of two girls, is head teacher of Ivy House, an Ofsted 'Outstanding' prep school in Sussex. Eve is passionate about her school and its pupils. When Danish power couple, Stefan and Anette Sorensen, jet in and choose Ivy House over other schools, Eve is justifiably proud. The Sorensons are A-listers who bring an aura of style and power to Ivy House. Zoe is Eve's pretty seventeen-year-old daughter. Unlike her mother, Zoe's not so keen on school. She prefers sending nude selfies to her boyfriend. When glamorous Stefan Sorensen proposes that Zoe interns at his company and invites her to accompany him to New York, Zoe is over the moon with excitement, while Eve is too focused on her job to smell danger . . .

Kathryn Flett is a journalist who has written for numerous international publications and makes regular TV and radio appearances as a critic and pundit. She was the TV critic for the Observer for ten years and currently writes a restaurant review column, Table for Two, for the Sunday Telegraph. Outstanding is her second novel. She lives (with her two sons, Jackson and Rider, her partner, the photographer Julian Anderson, two cats and a whippet called Slim), in St-Leonards-on-Sea, East Sussex.