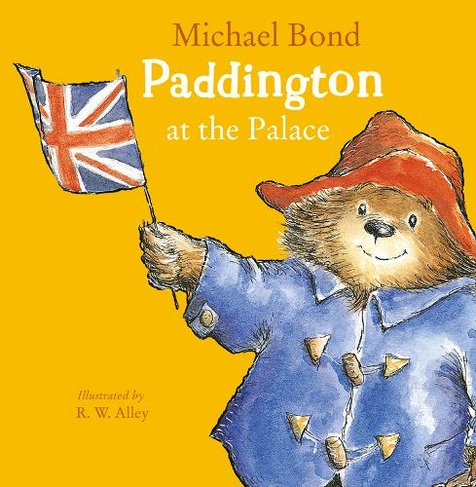 Paddington at the Palace

By Michael Bond (Author), R. W. Alley (Illustrator)
Paperback
https://www.whsmith.co.uk/products/paddington-at-the-palace/michael-bond/r-w-alley/paperback/9780008326043-12-000.html £5.94 rrp £6.99 Save £1.05 (15%)
GBP
Availability
In Stock
Free Delivery Available When You Spend £25 Or More
Details
Spend £25 On Products To Receive Free Standard Delivery To Your Home Or Free Next Working Day Click And Collect To Store

A hilarious story of everyone's favourite bear, Paddington - now a major movie star! When Mr Gruber takes Paddington to Buckingham Palace to watch the Changing of the Guard, there are so many people in the way he can't see anything! Luckily a mysterious someone 'on high' appears to like small bears... Stories of Paddington Bear have delighted children all over the world for more than sixty years.

Michael Bond was born in Newbury, Berkshire on 13 January 1926 and educated at Presentation College, Reading. He served in the Royal Air Force and the British Army before working as a cameraman for BBC TV for 19 years. In 2015, Michael was awarded a CBE for his services to children's literature, to add to the OBE he received in 1997. Michael died in 2017, leaving behind one of the great literary legacies of our time.