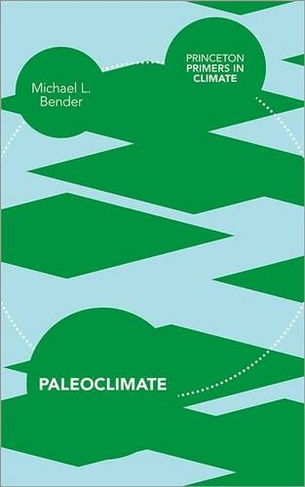 Earth's climate has undergone dramatic changes over the geologic timescale. At one extreme, Earth has been glaciated from the poles to the equator for periods that may have lasted millions of years. At another, temperatures were once so warm that the Canadian Arctic was heavily forested and large dinosaurs lived on Antarctica. Paleoclimatology is the study of such changes and their causes. Studying Earth's long-term climate history gives scientists vital clues about anthropogenic global warming and how climate is affected by human endeavor. In this book, Michael Bender, an internationally recognized authority on paleoclimate, provides a concise, comprehensive, and sophisticated introduction to the subject. After briefly describing the major periods in Earth history to provide geologic context, he discusses controls on climate and how the record of past climate is determined. The heart of the book then proceeds chronologically, introducing the history of climate changes over millions of years--its patterns and major transitions, and why average global temperature has varied so much. The book ends with a discussion of the Holocene (the past 10,000 years) and by putting manmade climate change in the context of paleoclimate. The most up-to-date overview on the subject, Paleoclimate provides an ideal introduction to undergraduates, nonspecialist scientists, and general readers with a scientific background. 40 line illus.

Michael L. Bender is professor of geosciences and atmospheric/ocean sciences at Princeton University, a fellow of the American Geophysical Union, and a member of the National Academy of Sciences. He has taught paleoclimate at the graduate and undergraduate levels, and published widely on the topic in Science, Nature, and other journals.