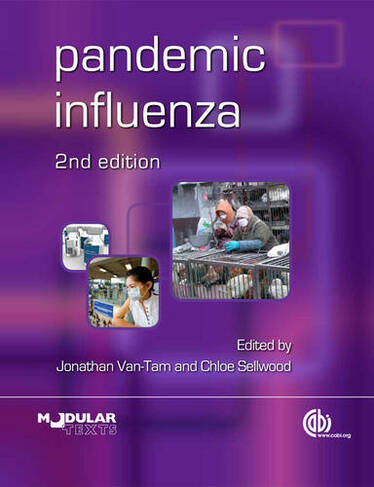 Pandemic influenza is a re-emerging pathogen with serious public health consequences. The A(H1N1) pandemic in 2009/10 and the continuing threat to humans from avian influenza A(H5N1) and other novel influenza viruses have both underlined the importance of preparedness at local, national and international levels. With a strong emphasis on practicality, this book offers comprehensive coverage of the science and operational application of influenza epidemiology, virology and immunology, vaccinology, pharmaceutical and public health measures, biomathematical modelling, policy issues and ethics involved in preparing for and responding to pandemic influenza. Each chapter raises key questions and answers them in clear and concise sections, detailing relevant modelling studies and further reading. Comprehensively updated to incorporate major lessons from the 2009/10 pandemic, this second edition includes new contributions on surveillance, International Health Regulations, clinical management and local health service responses, illustrated with vibrant international case studies. Written in an easily accessible style by global experts, this is an essential text for students of public health and those involved in local, national and international pandemic preparedness and response.

Jonathan Van-Tam, MBE BMedSci (Hons) BMBS DM FFPH FRSPH, is Professor of Health Protection at the University of Nottingham. He graduated in medicine in 1987 and after several years of clinical work, completed academic training in epidemiology and public health, with a special interest in influenza that now spans almost 20 years. He brings a wealth of experience to this book including formative training in influenza under the mentorship of Professor Karl Nicholson, and private sector experience with two major pharmaceutical companies (both manufacturers of neuraminidase inhibitors) and a large European vaccines company. He returned to the public sector in 2007 and was Head of the Health Protection Agency, Pandemic Influenza Office during the most frenetic period of UK preparedness activity from 2004 to 2007. He has served as both Temporary Adviser and Short Term Consultant to the World Health Organization (WHO) regarding pandemic preparedness on numerous occasions, and has also undertaken related scientific work for the European Centre for Disease Prevention and Control (ECDC). He is a serving member of the UK national Scientific Pandemic Influenza Committee (SPI), its Clinical Countermeasures Sub-Group and a member of the newly formed UK Scientific Advisory Group for Emergencies (SAGE). Chloe Sellwood, BSc (Hons) PhD FRSPH DipHEP, is the Pandemic Influenza Resilience Manager for National Health Service (NHS) England, within the Emergency Preparedness, Resilience and Response (EPRR) Team. She leads NHS England internal pandemic influenza preparedness as a subject matter expert and is coordinating national pandemic preparedness across the NHS, with a specific focus on London. Her experience in pandemic influenza ranges from local to international levels and encompasses scientific, strategic and operational aspects, in both preparedness and response. She spent over 7 years at the Health Protection Agency, including 3 years as the Senior Scientist and Coordinator of the Pandemic Influenza Office. In 2008 she joined NHS London (the then strategic health authority for London) as the Pandemic Influenza Resilience Manager and was heavily involved in the response to the swine flu pandemic. In 2010 she assumed the additional role of 2012 Health Resilience for the NHS across London for the Olympic and Paralympic Games. Since autumn 2014 she assumed the strategic leadership for NHS Ebola preparedness in London. She is the co-editor of, and a contributing author to, two textbooks on pandemic influenza, as well as many other articles and papers on influenza resilience. She has worked with the World Health Organization and the European Centre for Disease Prevention and Control on international consultations, as well as on secondment to the Department of Health (England) Pandemic Influenza Preparedness Programme. Andy Wapling, OStJ MSc FRSPH FICPEM, is the Head of Emergency Preparedness, Resilience and Response for NHS England South Region. Andy provides strategic leadership and assurance across providers and commissioners of NHS-funded care for a quarter of the UK population. Andy has been involved in emergency preparedness for over 20 years where he has worked in private, voluntary and public sector organizations. He has been directly involved in the response to many emergencies including the Paddington rail disaster 1999, Soho bombing 1999, 7th July London bombings 2005, Yorkshire flooding 2007, pandemic influenza 2009 and many more. Andy obtained a Master's degree in Civil Emergency Management in 2005 at City University London and continues to support others in their education as a visiting lecturer at Loughborough University on the Diploma of Health Emergency Preparedness Resilience and Response. Andy maintains his connection with the voluntary sector and is the National Service Delivery Adviser for St John Ambulance. As a part of this role Andy is responsible in providing the charity with advice on national emergency preparedness policy