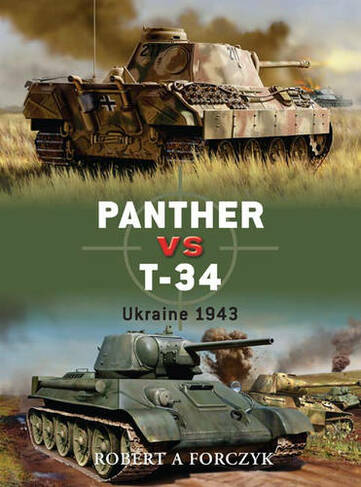 This book describes the design and development of these two deadly opponents, the Panther and the T-34, analysing their strengths and weaknesses and assessing their tactics, weaponry and training. Moreover it gives an insight into the lives of the tank crews themselves who were caught up in the largest land conflict of World War II in some of the most important engagements in the history of warfare. This was a duel between the titans of the Soviet and German armed forces in a ruthless and relentless death match that would determine the war on the Eastern Front and indeed the fate of Nazi Germany. Illustrations (some col.)

Dr Robert A. Forczyk has a PhD in International Relations and National Security from the University of Maryland and a strong background in European and Asian military history. He is currently a lieutenant colonel in the US Army Reserves and has served 18 years as an armor officer in the US 2nd and 4th Infantry Divisions and as an intelligence officer in the 29th Infantry Division (Light). The author lives in Laurel, MD.