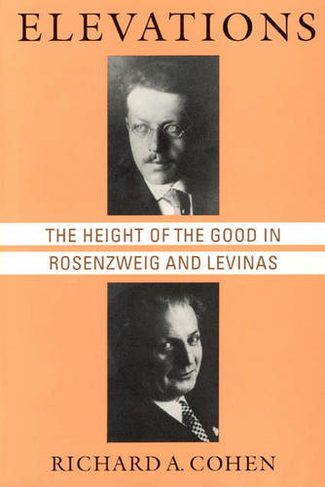 (Paper) Height of the Good in Rosenzweig and Levinas 2nd ed.

This text provides a series of closely related essays on the philosophical and theological work of Franz Rosenzweig and Emmanuel Levinas, two of the 20th century's most important Jewish philosophers. Focusing on the concept of transcendence, Richard Cohen shows that Rosenzweig and Levinas join the wisdom of revealed religions to the work of traditional philosophers to create a philosophy charged with the tasks of ethics and justice. He describes how they articulated a responsible humanism and a new enlightenment which would place moral obligation to the other above all other human concerns. This elevating pull of an ethics that can account for the relation of self and other without reducing either term is the central theme of these essays. Cohen also explores the ethical philosophy of these two thinkers in relation to Nietzsche, Husserl, Heidegger, Buber, Sartre and Derrida. 4 line drawings, 1 table