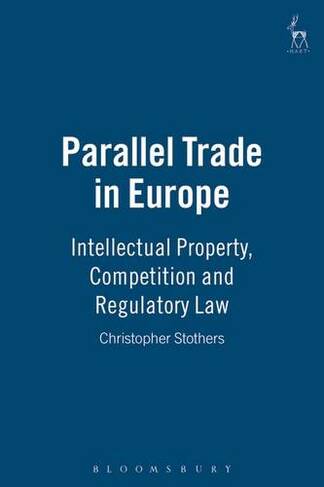 Shortlisted for the 2008 Young Authors Inner Temple Book Prize Are parallel importers the key to free trade, breaking down long-established national barriers for the benefit of all? Or do they instead just operate in a dubious 'grey market' for their own profit, free-loading on the investment of innovators and brand owners to the ultimate detriment of everyone? Parallel trade is in turn lionised and demonised, both in legal commentary and in the mainstream press. As one might expect, the truth lies somewhere between these extremes. Once goods have been manufactured they are put onto the market in one country by the manufacturer. Parallel trade occurs when the goods are subsequently transferred to a second country by another party (the parallel trader, who may be the end consumer). The distinguishing feature of parallel trade is that the manufacturer did not intend those particular goods to end up in the second country. The goods are normally described in that country as 'parallel imports' or 'grey market goods'. The latter term is generally used to suggest that the trade, while not exactly 'black market', is not entirely lawful either. Understanding how European Community law operates to permit or restrict parallel trade involves exploring a complex matrix of rules from the fields of free movement, intellectual property, competition and regulatory law, including both private and public enforcement regimes. Where goods are parallel imported from outside the Community these rules change and new considerations come into play, such as obligations arising from the European Economic Area, the World Trade Organization and bilateral free trade agreements. The experience of Europe, which has grappled with the issues on a regional basis for more than four decades, provides a fertile source for examination of parallel trade in other jurisdictions. Christopher Stothers' comprehensive treatment successfully analyses this difficult topic, considering both Community and national decisions. black & white illustrations