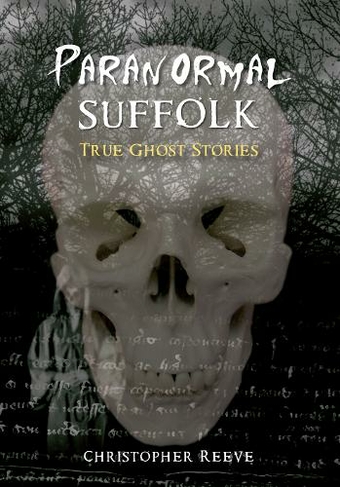 By Christopher Reeve (Author)
Paperback
£10.65 rrp £12.99 Save £2.34 (18%)
GBP
Availability
In Stock
Free Delivery Available When You Spend £25 Or More
Details
Spend £25 On Products To Receive Free Standard Delivery To Your Home

A fabulous collection of ghost hauntings in Suffolk, from the infamous Black Dog of Bungay to the headless Anne Boleyn stalking visitors at Blickling Hall. The serene, low-lying countryside of Suffolk, with its scattered farms, water-meadows and extensive coastline, seems an unlikely area to be associated with ghosts and demons. Yet, a motley array are said to haunt the region. The most famous is the Black Dog, a spectral hound, which in the year 1577 terrorised and killed parishioners in the churches of Bungay and Blythburgh, and continues to exert a strong presence today. Other strange phenomena include phantom coaches, rattling through the countryside at night, drawn by spectral horses and driven by a headless coachman, and the freshwater mermaids who lure young children to their deaths in pools and rivers. Tobias Gill the black drummer haunts the crossroads near Blythburgh where he was hanged for the murder of a servant girl, and Mrs. Short, the 'Queen of Hell', can still raise the hairs on your neck if you wander in the region of Boulge Hall near Woodbridge. Famous characters such as Anne Boleyn, Earl Hugh Bigod, and St. Edmund add an additional lustre to folk tales of the area, and strange happenings occur in many of the churchyards, Suffolk having more churches per acre than almost any other county. This fascinating account of local 'sightings' deals with all the traditional historical legends as well as modern day sightings, and investigates their relevance and significance for the modern age. 50 Illustrations, unspecified

Christopher Reeve lives, and was born in Bungay. He is the curator of Bungay Museum and was Keeper of Art for Bury St Edmunds Borough Council. He is a local author who has written many books on his home town Bungay. He has also contributed several entries on to the current DNB. He lives in Bungay.