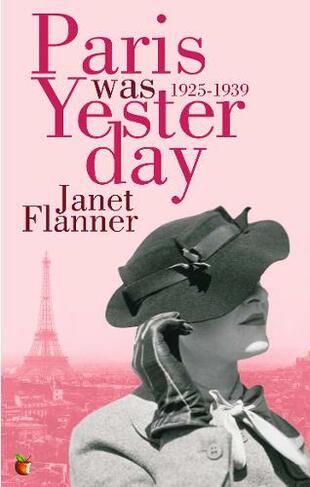 In 1925 Janet Flanner began writing a fortnightly 'Letter from Paris' for the nascent New Yorker. Her brief: to tell New Yorkers, under her pen name of 'Genet', what the French thought was going on in France, not what she thought. Paris Was Yesterday is a collection of those letters written in the '20s and '30s, surely one of the most fascinating periods in the city's history, and it reads like an Arts Who's Who. Flanner saw it all and knew everyone (or at least all about them), and there are tidbits galore about the likes of James Joyce, Ernest Hemingway, Isadora Duncan, Diaghilev, Gertrude Stein, Scott and Zelda Fitzgerald, Picasso, Marlena Dietrich... It's witty, catty, literary and unashamedly gossipy, a lively portrait of the thriving cultural life in Paris between the wars. In the brilliantly entertaining style she made her own, Flanner mixed high and low culture to devastating effect. ' Cafe Society described from the best table in the place, by a writer with rare & vivid gifts. Make yourself comfortable -- & order up a dry martini' Robert Lacey

Janet Flanner was born in 1892 in Indianapolis & went to Europe in 1921, where she spent the rest of her life, mainly in Paris. Her Paris Journal 1944-1965 won the National Book Award. A member of the National Institute of Arts and Letters, Flanner alsoreceived the Legion of Honor.