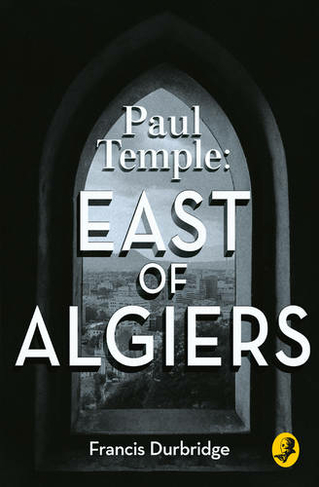 When Paul Temple is asked to do a simple favour for his wife Steve, he has no idea of the brutal repercussions about to follow. Flying from Paris, Temple and Steve are bound for Tunis to deliver a package to David Foster ... until the parcel's sender is found dead in a dust bin. It is the prelude to a series of murders, leaving Temple and Steve desperate to stop the tide of escalating events - only they can get to the heart of the mystery and ensure that justice prevails.

Francis Henry Durbridge was born 25th November 1912 in Hull, England. He was educated at Bradford Grammar School, where he was encouraged to write by his English teacher. He continued to do so while studying English at Birmingham University. After graduating in 1933, he worked for a short time as a stockbroker's clerk before selling a radio play, Promotion, to the BBC at the age of 21. In 1938, Durbridge created the character Paul Temple, a crime novelist and detective. With Steve Trent, a Fleet Street journalist and later his wife, Temple solved numerous crimes in the glamorous world of the leisured middle classes, first on radio, then in films and, from 1969 to 1971, in a television series. In addition to the Paul Temple series, Durbridge wrote other mysteries for radio and television, many of which were also produced for German and Italian television and radio.Durbridge also forged a successful career as a writer for the stage with seven plays, the last of which, Sweet Revenge, was written in 1991. He also wrote 43 novels, many of which were adapted from his scripts, sometimes with the help of others. Durbridge married Norah Lawley in 1940, they had two sons. He died at his home in Barnes, aged 85 on 11th April 1998.